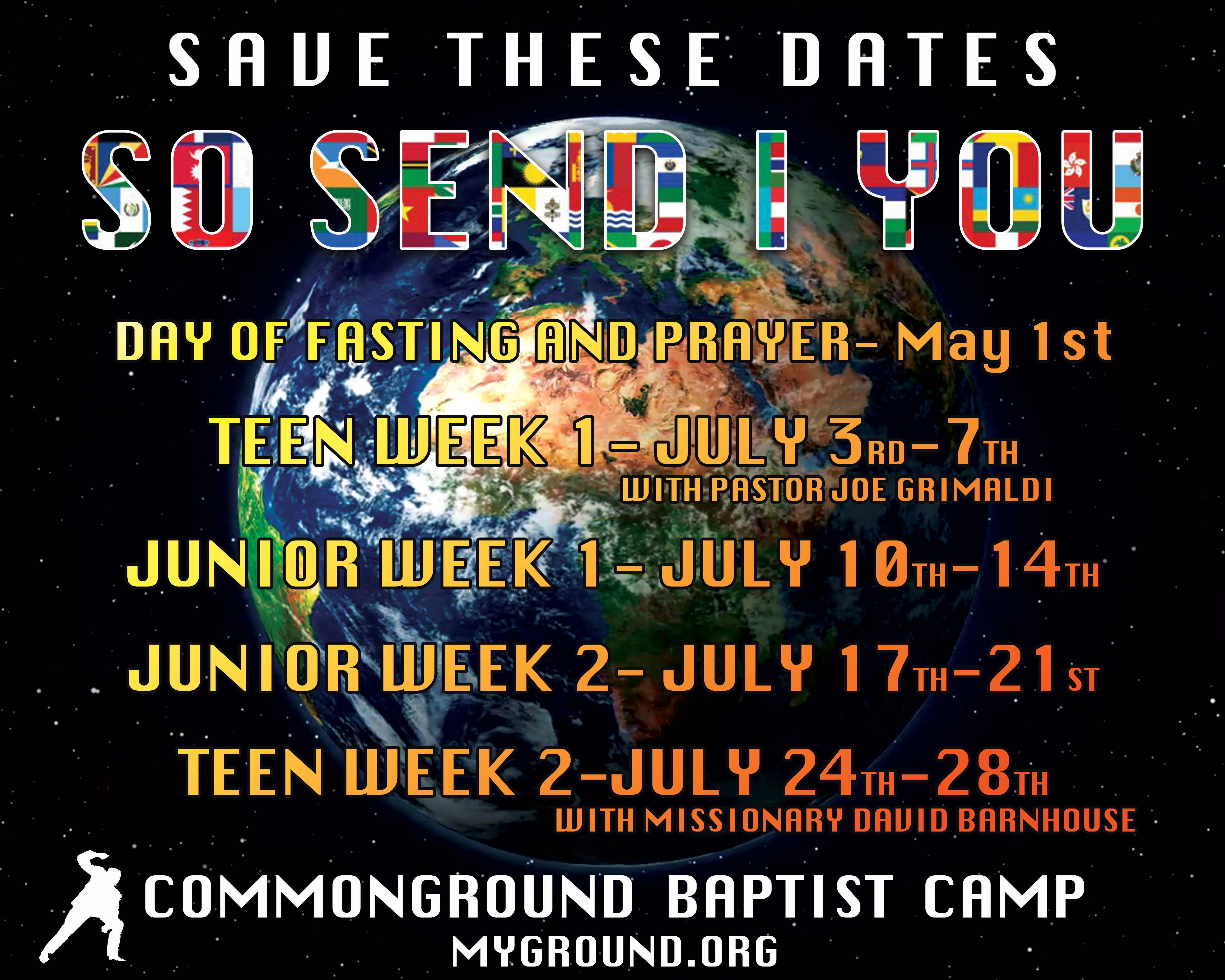 What is Commonground Baptist Camp?

Commonground Baptist is a local church camp ministry under the direction of Southeast Bible Baptist Church, and it is designed to serve local churches of like faith and practice. The ministry started when it held its first ever Winter Retreat for teenagers in 1995. Winter camps have been held every year since and Genesee Valley expanded to include summer camp in 2000. God has abundantly blessed and I will gladly put you in touch with pastors who will testify of God working in their youth departments because of the ministry of Commonground.

Christ Honoring: Our goal is to honor Christ in all things. We are not building a kingdom and we are not entertaining. This is a camp run by a youth pastor who sends his kids too!

Affordable: When registered early, a week of camp is only $88!

Modest Attire: Our camp strives for an atmosphere that does not hinder the working of the Holy Spirit.

Preaching Centered: Plenty of fun times, but there will be lots of Biblical, Balanced, and Boiling Hot Preaching!!!

What makes it different?

Commonground is a distinctly Baptist camp that has attempted to lift up a standard in the midst of this Laodecian age. Christ honoring preaching is in the center of this ministry. The messages at camp often stress a total surrender to God in every area of your life. Love God supremely, forsake the sins of this world, and serve Him with all your might. A goal for every camp week is to have an atmosphere where the Holy Spirit has free reign to work. To that end we have a code of conduct for our camp that emphasizes modesty.

The spirit of the camp also sets it apart. As the teens respond to the preaching, the games, and the counselors, the camp has a spirit where the teens just don’t want to go home! Camp is a place where you can not only do business with God, but you can really enjoy being a Christian.

Why is it a ministry?

I have seen camp have such an incredible impact on the lives of teens and adults that I do not want to see it denied to anybody. Many people over the years have argued to me that I should not be concerned about camp costs because teens can get money for the things that they really want. As a youth director, however, I know how the cost of camp can really have an impact on teens signing up for camp. Our enemy will use anything to hinder a teen from going to something that will bless them, including the cost! I want to keep camp affordable so that every teen can go and be blessed. Money that comes in for support goes for expenses and the expansion of the camp ministry. None of it goes to our local church.

What is the vision?

From a small winter retreat, Commonground Baptist Camp has grown to include multiple teen summer weeks, multiple junior weeks, men’s retreats and sporting tournaments. For further expansion, it is important for the camp to acquire it’s own property. Will you pray with us to that end? 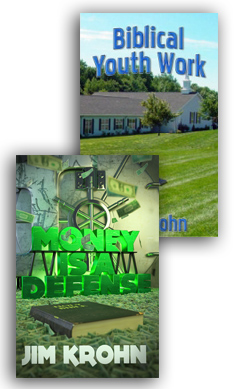 Biblical Youth Work – Not just a book on youth activities, it gives a Biblical foundation for youth work, discusses the relationships required, hits key topics, and also covers the nuts and bolts of youth ministry. This is a book for parents, teens, and youth leaders alike!

Money is a Defense – This book takes a hard look at money matters and manages to show how a spiritual view of money fits well with a practical one. Filled with very specific advice, challenges, and a plan to follow – it can life altering. It especially contains some pointed guidelines and ideas for teens to follow in order to correctly set their financial direction for their future.

We respect your privacy and do not tolerate spam and will never sell, rent, lease or give away your information (name, address, email, etc.) to any third party. Nor will we send you unsolicited email.